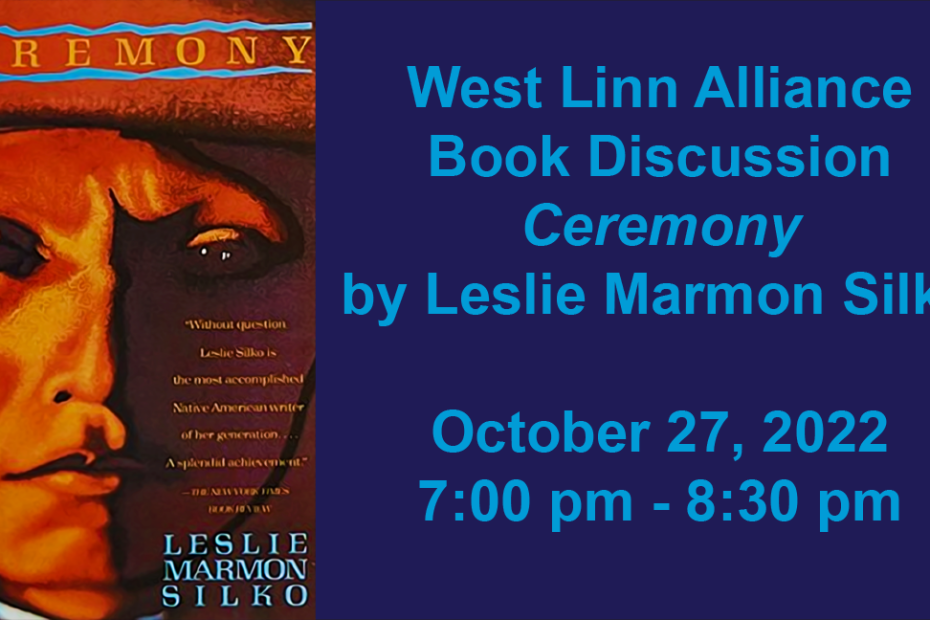 The online discussion has been cancelled, but we encourage you to read the book on your own.

Ceremony by Leslie Marmon Silko
The story revolves around the return of a soldier from World War II. Tayo, a young Native American, has been a prisoner of the Japanese during World War II, and the horrors of captivity have almost eroded his will to survive. His return to the Laguna Pueblo reservation only increases his feeling of estrangement and alienation. While other returning soldiers find easy refuge in alcohol and senseless violence, Tayo seeks for another kind of comfort and resolution. Tayo’s quest leads him back to Indian traditions, to beliefs about witchcraft and evil, and to the ancient stories of his people. The search itself becomes a ritual, a curative ceremony that defeats the most virulent of afflictions – despair.

The West Linn Public Library has copies of the book.