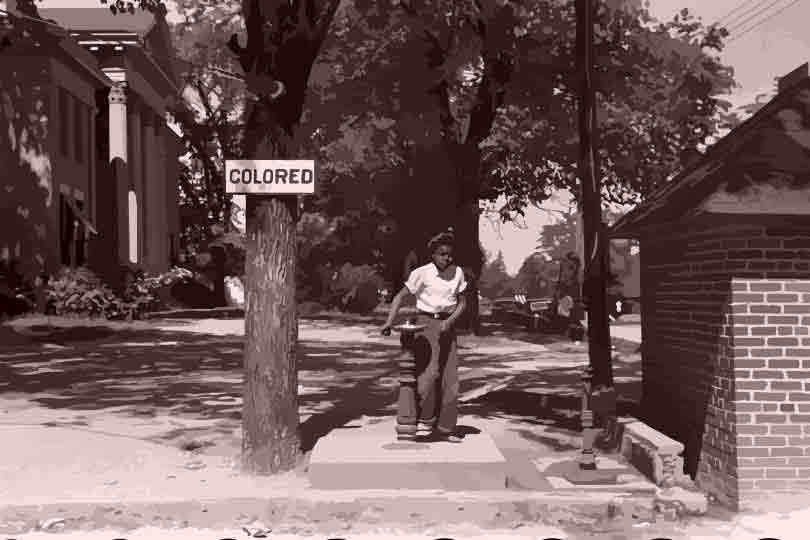 Paving the way for the Jim Crow Laws

Those listening carefully in the runup to the January 6, 2021, insurrection may have heard Senator Ted Cruz mention the Hayes-Tilden Compromise as a model for challenging the vote of the American people. He presented his views in an oleaginous and corrosive attack on our democratic process, saying:

“The most direct precedent on this question arose in 1877, following serious allegations of fraud and illegal conduct in the Hayes-Tilden presidential race. Specifically, the elections in three states-Florida, Louisiana, and South Carolina-were alleged to have been conducted illegally.

“In 1877, Congress did not ignore those allegations, nor did the media simply dismiss those raising them as radicals trying to undermine democracy. Instead, Congress appointed an Electoral Commission — consisting of five Senators, five House Members, and five Supreme Court Justices — to consider and resolve the disputed returns.

These comments need to be considered in light of the fact that before the attack on our Congress, the former President and many of his Congressional supporters consistently maintained the 2020 election was stolen via massive voter fraud. They cast their attempts to stop the January 6th certification process as legitimate actions aimed at satisfying their constituents’ questions. However, over 60 post-election lawsuits were filed and resolved, and none supported the contentions of fraud. Also, every state electoral board in the nation certified their results. The idea that these Congressional representatives were pursuing the “will of the people” is a feeble, obsequious argument aimed at appeasing the MAGA masses. The truth is they simply wanted to subvert our democracy.

But there is more going on here. A reference to the Hayes-Tilden Compromise is also a racially charged proposition. To understand why, we need to look at both the details of the Compromise and its place in the propagation of racism in America.

The Compromise followed the 1876 Presidential Election where Republican Rutherford B. Hayes received 185 electoral votes, winning the election over Democrat Samuel Tilden, who received 184 electoral votes. Clearly, a close race, and the results in three States, still under Republican Reconstruction governance at the time, were disputed. Remember, during this period, the Republican party was a champion for black Americans’ rights, and the Democrats sought to limit the participation of African Americans in both the government and society in general. Somewhat a reversal of where we find ourselves today.

A commission was established to review the electoral votes, and their final decision ended in a compromise between the two parties. The Democrats agreed to support Hayes and award him all disputed electoral votes, and Hayes agreed to end reconstruction and withdraw federal troops from the South. So, two groups of predominantly white males reached a compromise that sacrificed the concept of equality for all.

This Compromise was a fork-in-the-road where the choices could not have been starker. The hard path was to continue pressing for a country where equal opportunity was available for both black and white citizens, and both races enjoyed the same rights and protections under the law. The Civil War had ended only 12 years before, and 620,000 Americans died during this fight for basic human rights. The easy path was to forget this sacrifice and return to embedded social systems supporting institutionalized racism.

In 1868, three years after the Civil War officially ended and nine years before the Hayes-Tilden Compromise, the Fourteenth Amendment was ratified, with Section 1 stating:

Despite the existence of the Fourteenth Amendment, the Compromise opened the way for the Southern States to strengthen and expand the Jim Crow Laws.

The Jim Crow Laws had their roots in the post-war reconstruction period from 1865 to 1877. These laws were a collection of both local and state ordinances aimed at keeping black citizens in servitude. They were originally designed to limit the voting rights of former slaves and control where they could work and what compensation they could receive.

At the time of the Hayes-Tilden Compromise, larger cities in the South were not as entrenched in these laws as rural municipalities, allowing greater opportunities for African Americans. The Compromise helped pave the way for an expansion of the Jim Crow Laws across the country, leading to legally enforced segregation at all levels of our social and governmental structures.

These laws forbade black citizens from living in white neighborhoods or entering into “white spaces.” They were forcibly removed from public areas deemed “white only,” and violence against African Americans and their communities became commonplace. Barriers were put in place to repress the black vote, and the facade of separate but equal was waved as window dressing to cover segregationist policies and blatant social and legal inequities.

All of this occurred against a backdrop where law enforcement and our court systems were dominated by white officers and judges. The Hayes-Tilden compromise was a turning point that helped to delay civil rights for almost a hundred years.